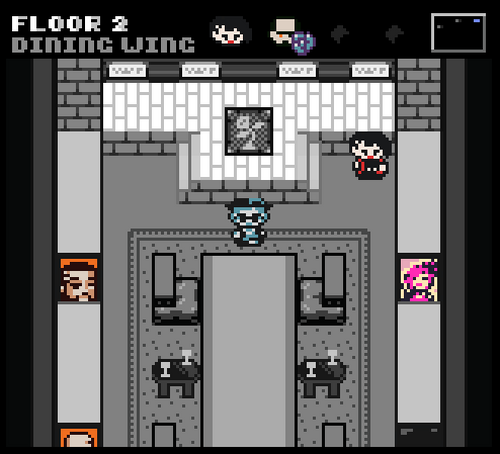 We're 88% through the Alpha!
In this build, the cutscenes leading up to finding the culprit are added!

Other than that, I've been recovering as mentioned in my previous devlog. I've resumed work on the game & am doing a good job keeping up with my release schedule.

Also, BIG NEWS, Lockheart Indigo GOT FEATURED on itch's FRONT PAGE!! I've reached my 2000 download milestone! This is crazy! I'm so thankful! I've been informing a few former team members on the project to let them know that, yes, people are seeing their work. But, it's strange, maybe even jarring, to get all this attention when I'm still recovering & mostly idle. I won't lie, it's been very validating and a great mood lifter! ;P

Last thing, I discovered a game breaking bug in builds Pre-alpha 4.2 up to 4.4. The game is unplayable past Lloyd due to boxes showing up in his room when they shouldn't. With this in mind, the next build I'll release will be Pre-Alpha 4.5(which has the bug fixed.)

Next build in two weeks as planned, aka, the 16th of August.
Take care!~